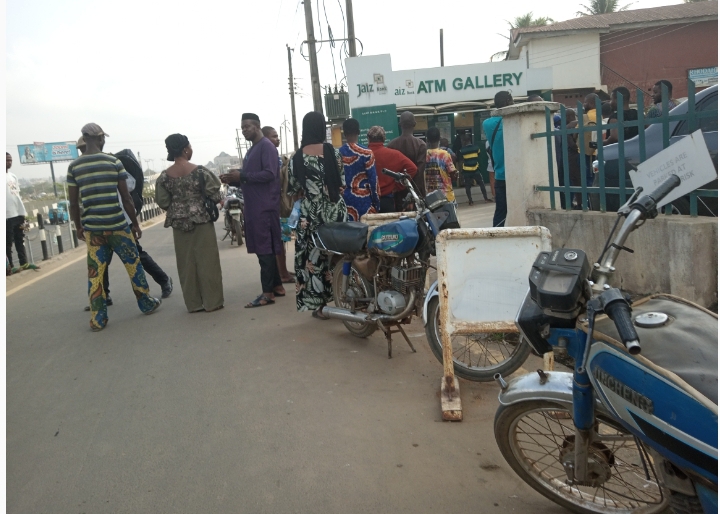 As the January 31 deadline for the old N1,000 , N500 and N200 notes get closer, bank users are beginning to avoid collection of the old notes at the Automated Teller Machine, ATM.

Blaze Newz gathered from some banks ,on Thursday, in Osun State capital, Osogbo, that despite some ATM having old notes in them for dispensing, the users preferred to join long queue in order to withdraw the new notes.

The apprehension of the deadline is now also making some Point of Sales (POS) operators to reject the collection of old notes as they also give new notes to their customers.

Blaze Newz recalls that the Central Bank of Nigeria under Godwin Emefiele insisted that the deadline to mop up all old notes of N1,000, N500 and N200 remains unchanged.

The apex bank in its explanation said the old notes will seize to be legal tender by the end of January.

Blaze Newz earlier reported that the Senate under the leadership of Senator Ahmed Lawan urged the CBN to extend the deadline to June.

Speaking to Blaze Newz, Abimbola Oyekale, who works in a Microfinance Bank expressed dissatisfaction over the insufficient of new notes in circulation.

According to Oyekale ” Despite being a person who collect money and give it out every day I hardly see the new notes.

“Our customers are skeptical of what will happen at the end of January” she said.

Another man, Lucky Israel, who spoke to our correspondent confirmed that some market women, shop owners are beginning to reject the old notes.

Israel lamented that, the January 31 deadline was just to subject the masses to hardship.

He urged the CBN to roll out enough new notes and called on President Muhammadu Buhari to intervein in the shortage of the currency in circulation.

In an investigation from a bank in Osogbo, a banker dismissed the rumor of plan to stop the collection of old notes.

The banker said ” We are working on the directive of CBN, we will continue to collect the old notes till the day of deadline.”