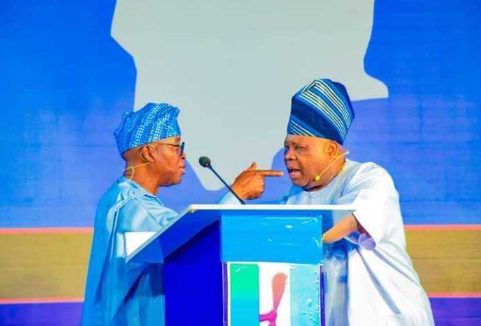 The Governorship Election Petition Tribunal sitting in Osogbo, the State capital will on Friday, January 27 deliver its judgement on the matter.

This was contained in a letter signed by the tribunal secretary, David Umar and pasted at the board of tribunal sitting at the state high Court, Osogbo.

Both APC and PDP in Osun confirmed that the tribunal communicated the date to them today Tuesday, January 24, even as the notice has heightened anxiety in different quarters.

The 180 days stipulated in the Electoral Act within which to hear the petition is expected to lapse on January 31, 2023.

The All Progressives Congress (APC) Governorship candidate, Gboyega Oyetola, had filed a petition at the tribunal challenging the declaration of the People’s Democratic Party (PDP), candidate, Senator Ademola Adeleke, by the Independent National Electoral Commission as the winner of the election which was conducted on July 16, 2022.

Oyetola, the immediate past Governor Governor of the state is hinging his case on alleged election rigging by over voting, infractions in some polling units, the authenticity of the WAEC certificate presented by the governor Adeleke among other grounds.