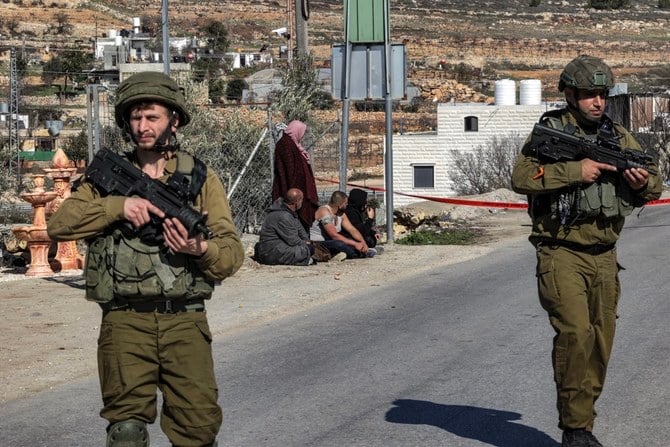 A Palestinian man shot dead by Israeli soldiers last week posed no threat or danger and should not have lost his life, the Israeli army admitted on Monday.

Ahmed Kahla, 46, from Ramon, near Silwad in the occupied West Bank, was shot in the neck from close range at a military checkpoint on Jan. 15.

The Israeli army initially claimed that Kahla had been shot because he got out of his car with a knife in his hand and ran toward soldiers with the intention of stabbing them.

Kahla’s son Qusai, 20, who was with his father at the time, said their car was stopped at the checkpoint and a soldier fired a stun grenade that hit the roof of the vehicle. When Kahla asked why they were being attacked, an officer used pepper spray on him and pulled him from the vehicle before the soldier shot him dead.

An army investigation found that Kahla had no intention of carrying out a stabbing attack and “the incident should not have ended in death.”

The victim’s brother Zayed, 45, told Arab News: “They killed him for no reason. We will take all measures to prosecute them.” The family intends to seek financial compensation from the army in the Israeli courts, and will also go to the International Criminal Court.

“We realize that their trial will not bring our brother Ahmed back to life, but we want them to pay the price for their crime,” Zayed said. “We want to deter them from killing more Palestinians in cold blood and without reason.”