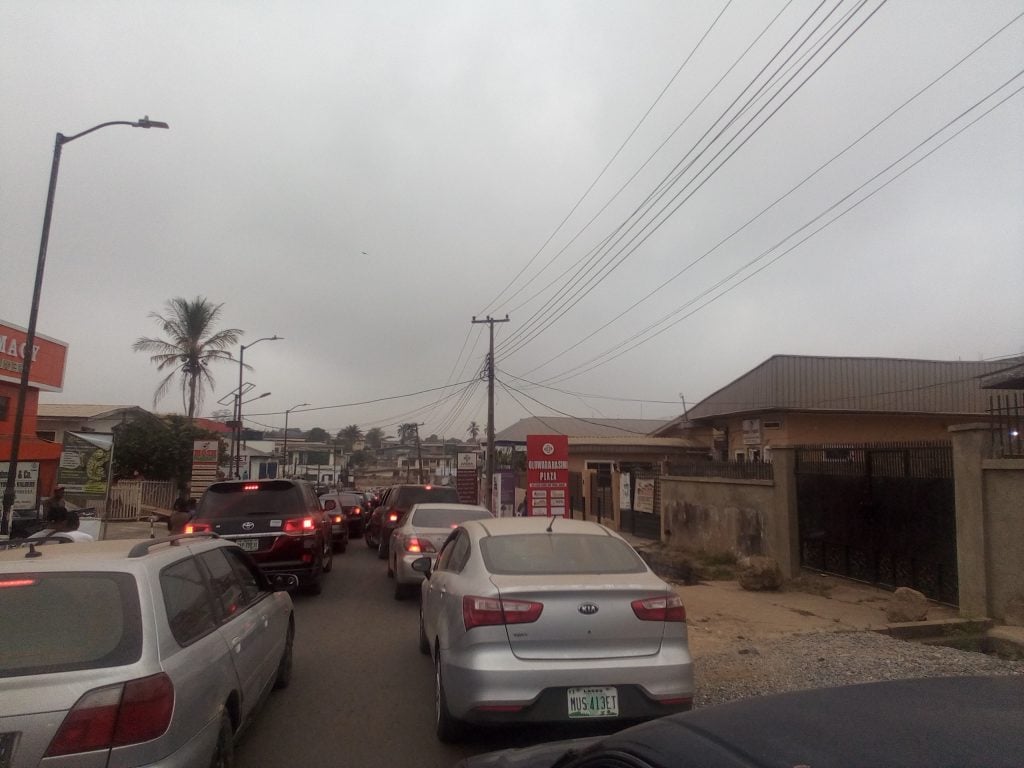 According to DAILY POST Ibadan and other towns and cities across the country have been experiencing a shortage of the commodity for the past few weeks.

Our correspondent gathered that the situation worsened at the weekend when some of the petrol stations selling the product shut their gates against prospective buyers, with independent marketers adjusting their prices to N300.

This is against the previous pump price of between N195 and N270.

It was observed that some of the few stations that belonged to major marketers have also adjusted their pump price to N190 against the previous pump price of N180.

DAILY POST correspondent who went around some major roads in Ibadan in the early hours of Monday observed that scores of commuters plying major roads were stranded due to the ongoing fuel scarcity.

Some of the areas visited included Bodija, Sango, Sango-Eleyele Road and Secretariat Road.

It was also observed that long queues are currently experienced in most petrol stations selling at N190.

A resident, who identified himself as Mr Ayanda, said that he bought the commodity at the rate of N190 in one of the petrol stations that belonged to major marketers after spending several hours on Sunday.

“I bought the petroleum at the rate of N190 at NNPP station at express on Sunday. It took me several hours because I cannot go to the place where they sell at N300. It is too expensive”.

Another resident, Mr Adekunle, however, said that he bought the commodity at the rate of N300 on Sunday.

Related Topics:IbadanPetrolPump Price
Up Next