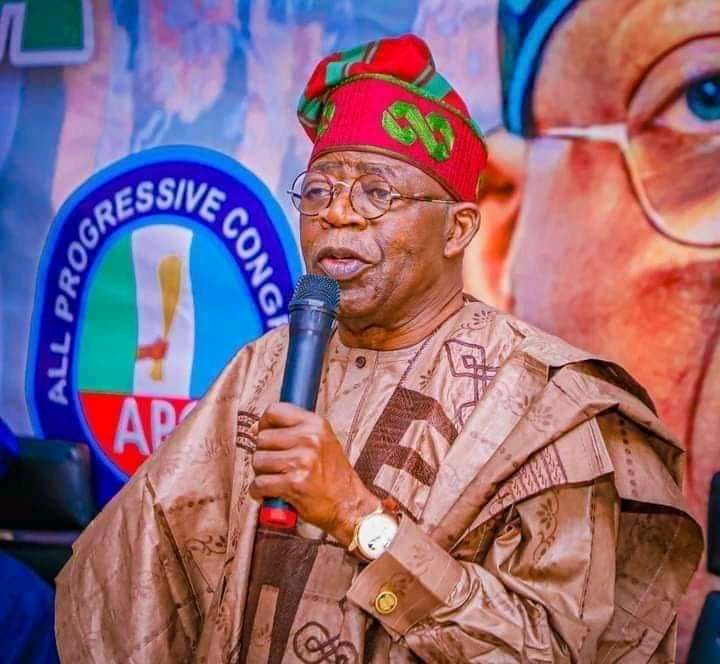 The All Progressives Congress, APC, presidential candidate, Asiwaju Bola Ahmad Tinubu has said he will end kidnapping, banditry and other criminal activities if elected in the forthcoming 2023 election.

Tinubu gave the assurance while addressing a mammoth crowd at the APC rally in Dutse, the capital of Jigawa State, on Saturday.

He said Nigeria would overcome all its difficulties when elected as the next president.

“Insha Allah Nigeria will see progress, we will end violence, we will end kidnapping and all other criminal activities.

“You will be able to go to your farm all season without any fear of kidnapping, banditry, and ransom paying.

“Vote for me vote for progress, unity, and prosperity”, Tinubu stated.

Also speaking, Governor Muhammadu Badaru Abubakar said the crowd is enough proof that the people of the state believed in the APC’s administration.

“This is clear proof that Jigawa is for APC because even some of the candidates of the opposition parties have begun to abandon their candidature and joined the winning team.

.”Only father and his son remain in the Jigawa PDP,” Governor Badaru stated.

He, therefore, urged the people of the state to come out en mass to vote for all the APC candidates in the coming 2023 general election.

Related Topics:APCAsiwaju Bola Tinubu
Up Next