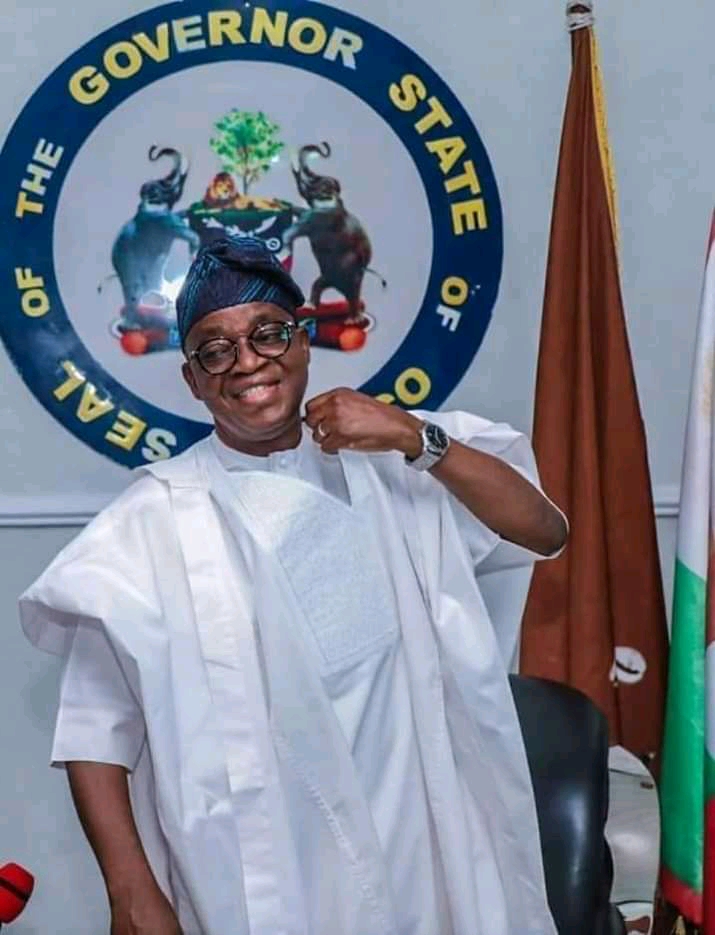 Immediate past Osun Governor,Gboyega Oyetola has been honoured as the Hero of Democracy and Good Governance by the Nigerian NewsDirect Newspaper.

The honour was bestowed on him on Friday evening, in Lagos, at the 12th anniversary award/lecture of the Newspaper.

Oyetola was represented on the occasion by his media aide, Ismail Omipidan.

According to the NewsDirect Newspaper management, Oyetola was honoured for stabilising the economy of Osun in spite of the visible socio-economic challenges confronting the State. 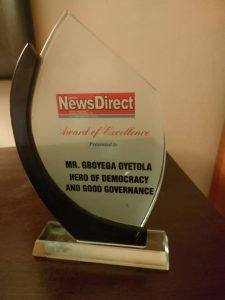 Presenting the award, Publisher and Editor-in-chief of the Newspaper, Prince Samuel Ibiyemi, said “Oyetola was able to take care of the fears and evil of fiscal indiscipline and lack of implemention which hamper projects services in the nation’s public service.

“The recognition and choice of Oyetola for the coveted award came on the heels of the thorough assessment of the outstanding performance and monumental achievements he recorded in four years while in office.”

Receiving the award on behalf of his principal, Omipidan thanked the staff and management of the Newspaper for finding his Principal worthy of the honour.

He said the award had gone further to show that the services his Principal rendered in Osun was being acknowledged within and outside the State.

Omipidan expressed confidence that in no distant time his Principal would return to Osun to continue from where he stopped in November last year.