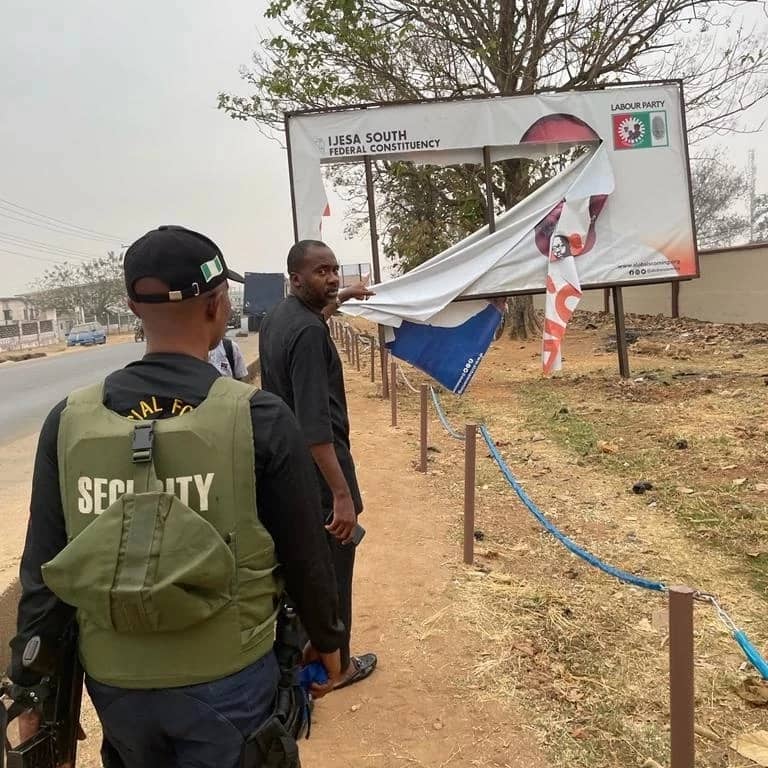 The House of Representatives candidate of Labour Party in Ijesa South Federal Constituency, Mr Gideon Aloba, has accused supporters of the Peoples Democratic Party (PDP) of destroying his campaign billboards.

According to Aloba, the PDP has been sponsoring a coordinated attack on his campaign billboards in Ilesa East, Atakunmosa East and Atakunmosa West local governments.

Aloba who was bittered about the development, descried the politics of destruction, intimidation and violence allegedly being played by a national assembly candidate of the party in the area.

Speaking with newmen in Ilesa on Saturday, the LP candidate lamented that seven of his campaign billboards have been destroyed by the PDP supporters. 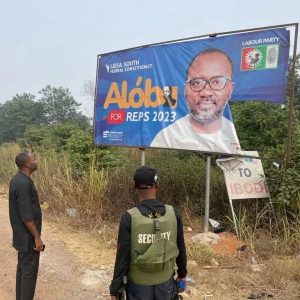 He said: “Between Thursday evening and Friday morning, the PDP carried out a coordinated attack on my campaign billboards. The PDP supporters destroyed two of my billboards on Ilesa East, another two in Atakunmosa West and one in Atakunmosa Eest local governments.

Two of my small billboards were also uprooted at Ifewara and Igangan.

“My findings revealed that the PDP supporters were acting on the instruction of a national assembly candidate of the party who I went to his ward to camping on Thursday.

“I was made to understand that the destruction of my billboards was a reaction to my visitation to his ward. This is nauseating.

“Few months ago, some PDP thugs went to attack one of my supporters, Rabiu Ismaila and some other labour party members at Owode, Igangan and Olopon villages. We reported to the police but nothing has been done on it till now.

“It is disturbing that our democratic system is still being messed up by these violent politicians. Our campaign and involvement in politics is to take power back to the people.”