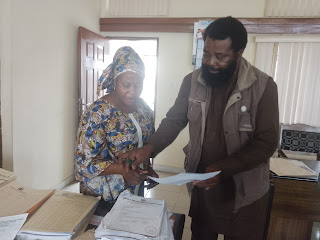 This was disclosed on Friday by the Corps Spokesman, Yusuf Idowu.

According to Ìdòwú, Amitolu tendered his resignation letter at the office of the Secretary to the State Government. 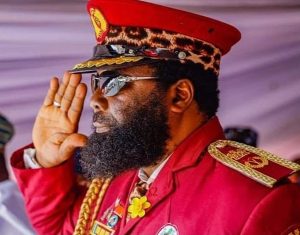 “As a man of conscience and the eternal grace of Almighty Allah, I give thanks to God for giving me the strength to carry the responsibility of the agency from day one of my appointment as pioneer Director General and the first head of Amotekun in Osun State.

“I will forever be grateful to Governor Gboyega Oyetola, the immediate past Executive Governor of Osun State, for the confidence reposed in me and the unrestricted opportunity to contribute my quota to the security development of Osun state.

“Let it be on record that I served my state courageously, impartially, and diligently, despite operational challenges thrown up by the enemy within the top hierarchy of the Corp due to military intrigues, vainglory, and egoism, I never give an excuse and I know posterity will be kind to our contribution.

“I equally thank the Speaker, Osun House of Assembly, Rt. Hon. Timothy Owoeye, the Chief Judge of Osun State, the judges of the High Court, the Osun State Director of DSS, Osun Police Command especially the CP and DCP Oluwasegun of Criminal Investigation Department and all other stakeholders who contributed to the success story of Amotekun Corps and by extension the field operations of the corps. It is an honor for me to work with you all in fighting insecurity in Osun state.

“Let me appreciate the men and women of the Corps, they are the heartbeat of the Amotekun operations, they own the success recorded and I will forever be grateful to the diligent officers and men of Amotekun Corps, I thank you all.

‘As a man of record, attached with this letter of resignation are selected cases and operations executed by the Corps under my leadership. Furthermore all properties, including operational vehicles in my custody hereby Annexure and attached to this letter and shall be handed over to the Board Chairman of Amotekun, Brigadier General Ademola Aderibigbe (Rtd)

“Finally, I thank my wife and my Children for their support, prayer, and understanding despite the inconveniences I created during my service to the state.

“Let me end with the immortal word of the late sage, Chief Obafemi Awolowo when he resigned from the Gowon Administration, He said: “if we are related, we shall meet again. ” end of quote. Amitolu said.

“I thank you and may God bless Osun State, Amitolu wrote.