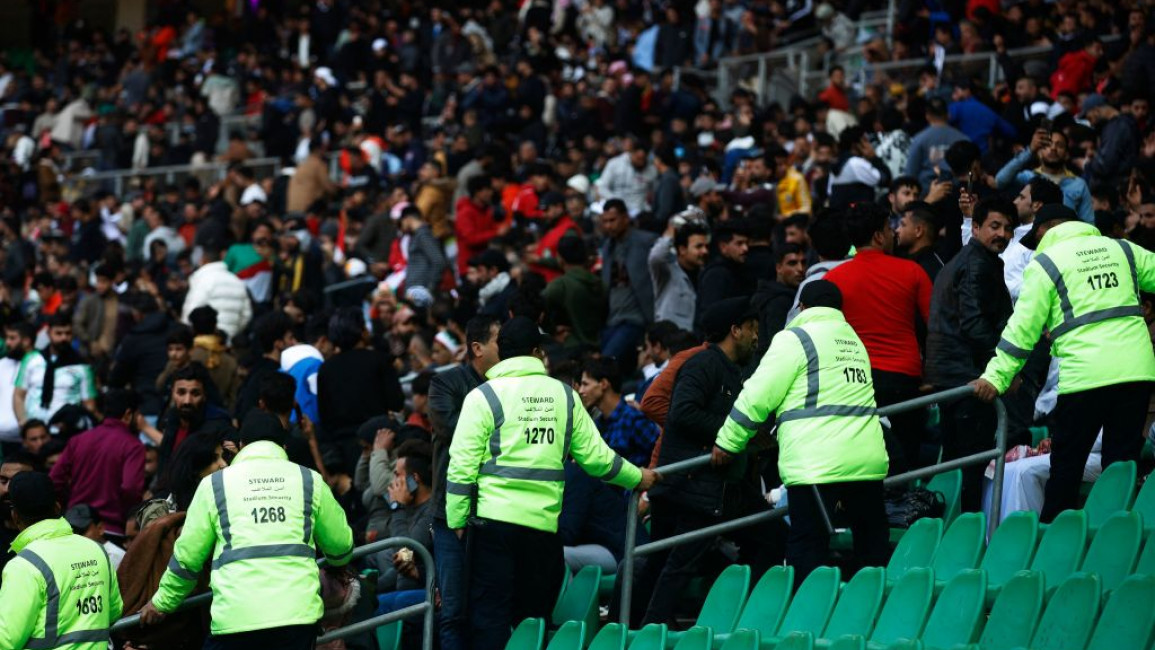 At least two people have lost their lives while dozens are injured in a stampede happened outside a football stadium in Iraq hours before the final on Thursday, medical and security sources said.

Thousands of fans without tickets had gathered outside the stadium in the southern Iraqi city of Basra since dawn in the hope of watching the rare home international match between Iraq and Oman which was due to kick off at 7 pm (1600 GMT).

Videos on social media showed fans thronging from the early morning, pouring towards the stadium despite the already packed avenues.

“There has been one death and dozens of slight injuries,” a medic said.

An interior ministry official later told Al-Jazeera that the death toll had increased to two.

It is not clear whether the match will go ahead as planned.