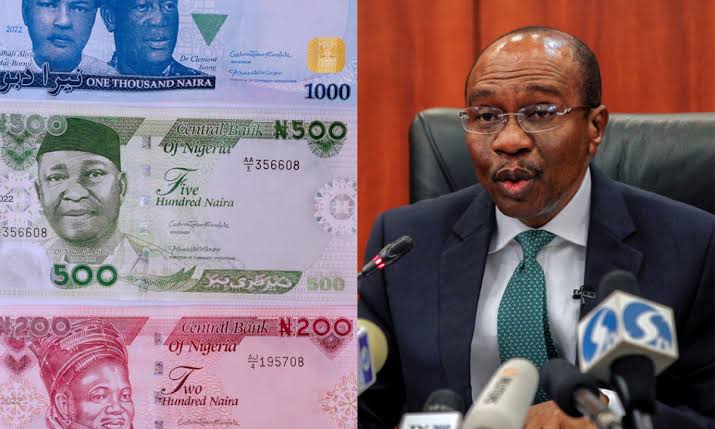 The Central Bank of Nigeria, CBN yesterday said that it has been begging banks to come and collect the new N200, N500 and N1,000 naira notes.

The apex bank also disclosed it stopped withdrawal to curb abuse and adding that disbursement of the new naira notes has been restricted to ATMs in order to ensure access to all bank customers.

Speaking against the backdrop of scarcity of the new naira notes and continued disbursement of old notes by ATMs of banks, Salam-Alada said that the apex bank will penalize banks for failure to collect the new notes and also for failure to disburse them via their ATMs.

He said: “I can tell you today the CBN on a daily basis gives out the new notes. As we speak now banks are with the CBN taking money.

“I am reliably told that we are actually begging commercial banks to come and take money (the new notes) from the CBN. We have these new naira notes in our vaults and we are waiting for banks to come and collect them.

“To also let you know the seriousness of CBN for these new naira notes to permeate everywhere, we have found out that a lot of things are happening, and we stopped the across-the-counter withdrawal of new naira notes to ensure that you, you, you can have access to it.

“Not a situation where, one chief, who is known to the Manager or everyone will cart away all the new naira notes from a particular branch.

“And that is why we said if you want the new naira notes walk to the ATM where there is no distinction between myself and the hawker over there.

“Part of what we are doing is that we have monitors going around banks. I have been to some ATMs this morning and I have logged reports, I have spoken to management of various banks.

When I am in any bank, I speak with the Head Office, I ask them, where are the new naira notes we gave you, and you will start hearing an explanation.

“What you have been experiencing will actually ease off very soon because the banks now know there will be a penalty for failure to come and pick the new naira notes from the CBN and for failure to load the notes into their branches.”