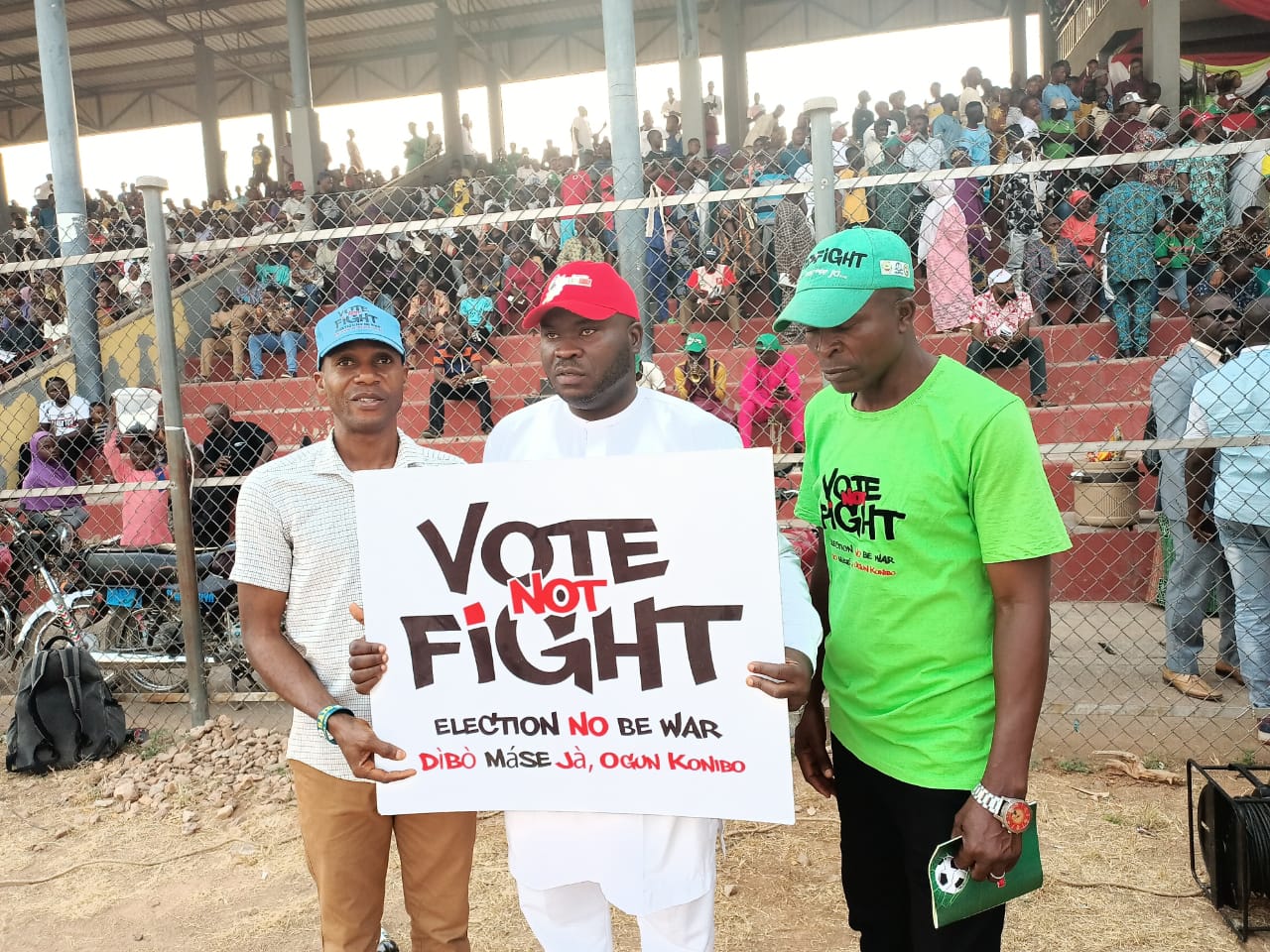 Jare Tiamiyu, the Team Lead of VoteNotFight Campaign in Osun State, has called on political candidates and other political actors in Osun East, most especially in the six local government areas of Ijesha land to refrain from using violence during the election period.

Tiamiyu, who is the Executive Director of Insight Initiative for Community and Social Development, a non-profit organization made this call on Thursday while appearing on a television programme on OSBC TV, which was monitored by our Correspondent in Osogbo.

Tiamiyu stressed the importance of a peaceful and fair election, while condemning what he termed as worrisome developments and reoccurring of violence in the six local government areas of Ijesha North and South federal constituencies.

According to him “The Osun East has a lot of crisis in the last few weeks especially the Ijesa land. On behalf of our organization and partners which including the New Generation Girls and Women Development Initiative and the National Democratic Institute, I’m using this period to call on the House of Reps and senatorial candidates in Osun East to please let us have peace in the region. 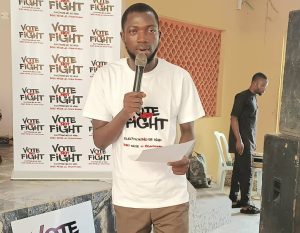 “This is Osun state and we are ‘Omoluabi’ people. We should continue to portray ourselves that way, and our politicians should do as well.

“What a politician says carries weight. So we urge our political class to start making statements that will promote peace and harmony. The development in Ijesa in the last few days has been worrisome. We call on all political parties and leaders to caution their followers,” Tiamiyu said.

Speaking on the VoteNotFight campaign so far, the media practitioner said the campaign was able to record success in the 2022 governorship election in Osun State.

“We moved round Osun prior the July 2022 governorship election. We met with political party candidates and other stakeholders including transport unions, students, youth groups and market women. This we have started again this time.

“We’re meeting with politicians and also with stakeholders to preach peace. What we want is a peaceful Osun and Nigeria. Without peace, there won’t be development.”

CBN Explains Why Lesser New Notes Are In Circulation