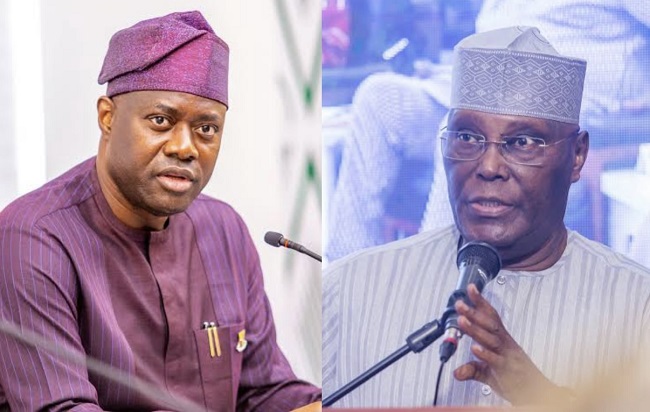 This development has put an end to the internal lingering crisis in the state chapter of the party.

It was gathered that all the candidates of the party at all levels will be formally presented at the occasion.

Governor Makinde who is the youth leader of the G-5 Forum has always insisted that right things must be done for the party to reclaim its right of place at the national level, especially in the area of strict adherence to the principle of zoning.

His stance has led to factionalization of the state chapter of the party, as other chieftains of the party in their argument submitted that it is only the NEC of the party that has power to remove the national chairman, Iyorcha Ayu not Atiku.

However, with the present development, normalcy has returned to the party, as all the factions have agreed to put aside their differences and work for the common goals of the party at all level.

Related Topics:pdpSeyi makinde
Up Next

2023: Tinubu Congratulates Kwarans For Their Political Liberation In 2019