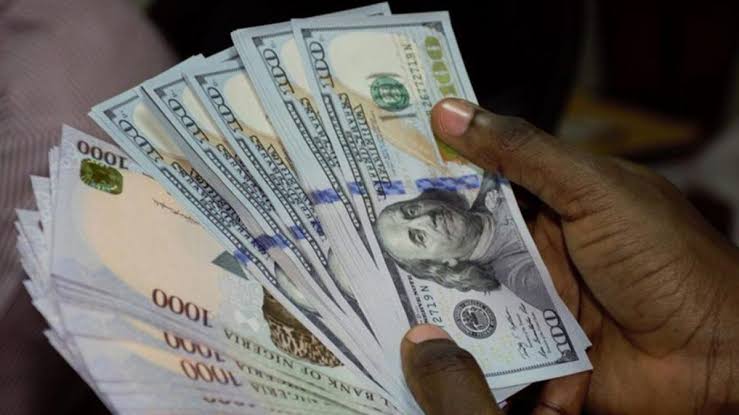 The exchange rate between the naira and the US dollar at the black market depreciated on Tuesday 17th January 2023, trading at an average of N747/$1. This represents a 1.63% fall compared to N735/$1 maintained in the last three trading sessions.

This is according to information from black market traders who spoke to Nairametrics. The downturn in the black market was attributed to increased demand for FX as a result of the coming Chinese New Year holiday.

A check by Blaze Newz confirmed a Dollar to Naira at the official rate is 453.58.

Similarly, the exchange rate at the cryptocurrency P2P exchange depreciated by 0.50% on Tuesday morning to trade at a minimum of N747.7/$1, compared to N743.95/$1 recorded as of the same time on Monday.

Nigeria’s external reserves however, stood at $37.206 billion as of 13th January 2023, representing a marginal decrease of 0.002% from the $37.206 billion recorded as 12th December 2022, a reversal from the seventh consecutive increase it had recorded.

Related Topics:black marketDollarnairaNigeria
Up Next

Why Ibadan Popular Hotel, Premier Was Shut Down- GMD