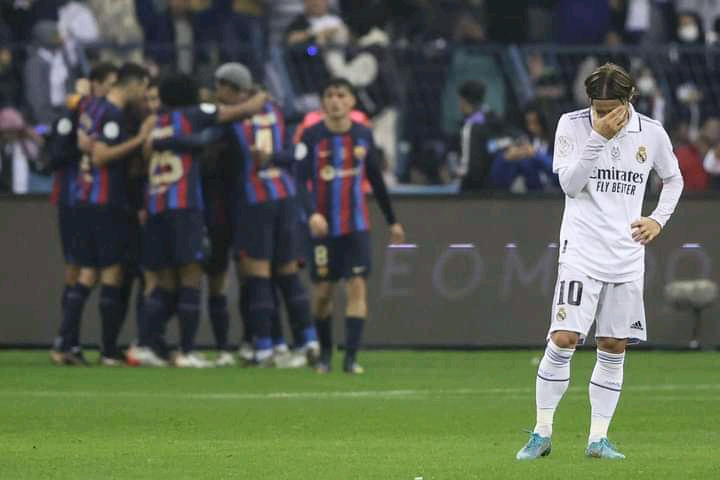 Real Madrid legend, Guti Hernandez has told Luka Modric that his services would no longer be needed at Santiago Bernabeu.

He said the Croatian international should aim to end his stay at the Spanish giants because young stars such as Borussia Dortmund’s Jude Bellingham are being lined up to replace him.

The 37-year-old midfielder led Croatia to the semi-finals of the 2022 FIFA World Cup in Qatar.

Modric, who left Tottenham Hotspur for the La Liga side, has spent more than a decade at the Bernabeu, helping the side lift 21 trophies in the process.

The Croatian has been a regular starter for Carlo Ancelotti’s side this season despite his age, featuring in 22 games across all competitions so far.

A world-class midfielder with a keen eye for a pass, the Croatian is set to be out of contract in June this year and the La Liga title holders have identified Bellingham and Enzo Fernandez as possible replacements.

Speaking on El Chiringuito TV, Guti said, Renewals at Real Madrid? I think [Karim] Benzema will stay. I have my own doubts about Luka Modric.

“He won’t have his space next season. Real Madrid doesn’t need him. I don’t know if Bellingham or another midfielder will come but he has to leave at some point.”

Tuchel Set For A Return To EPL