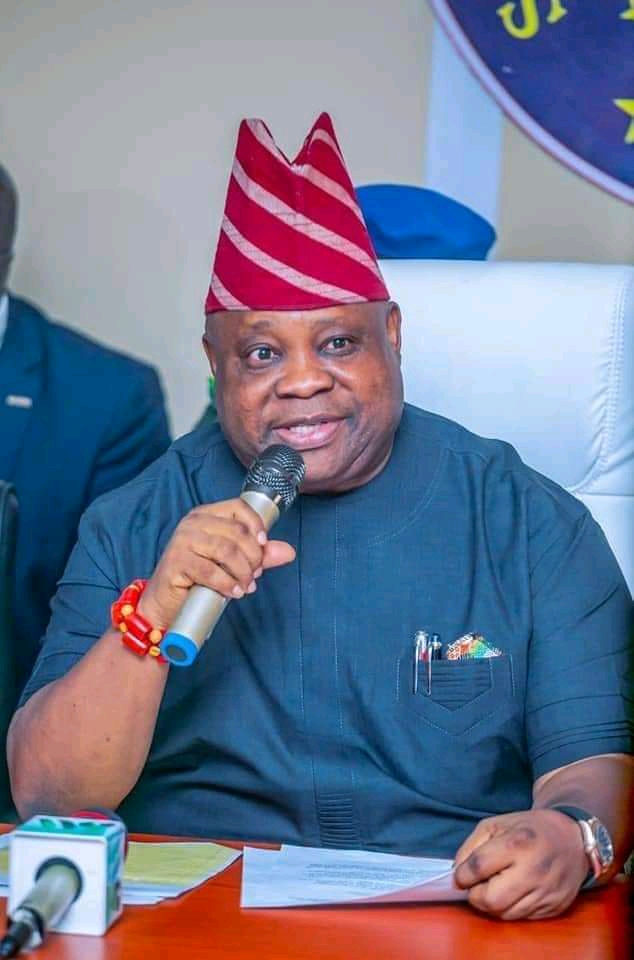 Osun State, Senator Ademola Adeleke, has launched a six-pronged project to touch the lives of Osun masses in all the state’s local government areas.

This was contained in a statement signed by the Spokesperson to the Governor and made available to Affairs TV News in Osogbo, the Osun state capital on Wednesday.

According to the statement, the programmes are as follows; Provision of portable water in 332 towns/Villages, one in each of the 332 wards in the State.

The implementation has already started in Osogbo, Ifelodun and other local governments of the state; Complete renovation of 30 schools, one per local government,including portable water and the provision of at least 50 computers with internet services in each renovated school; Rehabilitation of 332 primary health care centres, one in each of the 332 wards in the State. Access to Health Care at the grassroots is the main objective.

Others are the enrollment of 3000 Osun Citizens in the Health Insurance Scheme, free of charge; With an eye to address the deplorable state of roads in the state, the government of Governor Adeleke has also initiated the rehabilitation of nine major roads, one per federal constituency.

This is targeted at reducing the high infrastructure deficit facing the state and addressing the yearning of the Osun youth population, Governor Adeleke is also implementing an ongoing ICT/tech innovations programme which includes the making of the first State ICT Policy, first State Innovation Policy, domestication of Nigeria’s Startup Act and Goggle Mapping of Osun state.

The statement further stated that “all the above programmes designed to touch the lives of the masses and the youth are ongoing for full delivery by the time the administration clocks 100 days in office.

Read Also: Tuchel Set For A Return To EPL

“Commenting on the progress of work across the six identified areas, Governor Adeleke hinted that the projects were selected on the basis of their direct positive impacts on the masses of the state.”

According to the Governor, all local governments that have not submitted their selected location for each of the above projects, are hereby directed immediately to do so. This is to meet the deadlines set for the project implementation.

Adeleke also urged community volunteers working on the Google Mapping Project to accelerate updating their areas on Google Maps to boost local business and connectivity in the state.

“Our administration is working to deliver on our electoral promises. We are targeting projects that touch the lives of the masses. I want the people to feel the impact of governance”, Governor Adeleke stated.