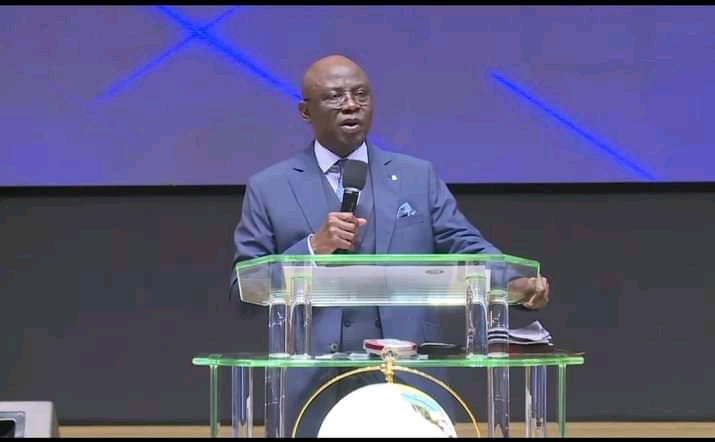 Pastor Tunde Bakare of the Citadel Global Community Church has replied angry members of the ruling All Progressives Congress, APC, who chided him over his state of the nation address on Sunday.

Recall that the former presidential aspirant had during the address, called on eligible Nigerians to vote out politicians who see the presidency as their entitlement.

Apparently referring to the presidential candidate of the APC, Bola Tinubu who had early declared that the presidency is his turn, Bakare said it is the turn of Nigerians who have been frustrated by previous governments.

Vexed by Bakare’s statement, Tinubu’s media handlers scolded the preacher, referring to him as “paper weight” who had zero vote during the party’s presidential primary election.

Further reacting, the man of God who addressed journalists in Lagos on Tuesday, wondered why Tinubu’s men react to his comment but still rubbished his relevance in politics.

He said, “Why are they then giving any thought to what I said? Maybe their alleged ‘paper weight’ is too heavy for them to carry.

“Can someone tell these people that scoring zero in a primary election with one’s true identity and credentials intact, as well having original certificates from well known schools, Primary, Secondary, colleges and Universities within and outside of this nation is a veritable badge of honour, absolutely legit and unquestionable”.

Related Topics:APCTunde Bakare
Up Next

Why Ibadan Popular Hotel, Premier Was Shut Down- GMD