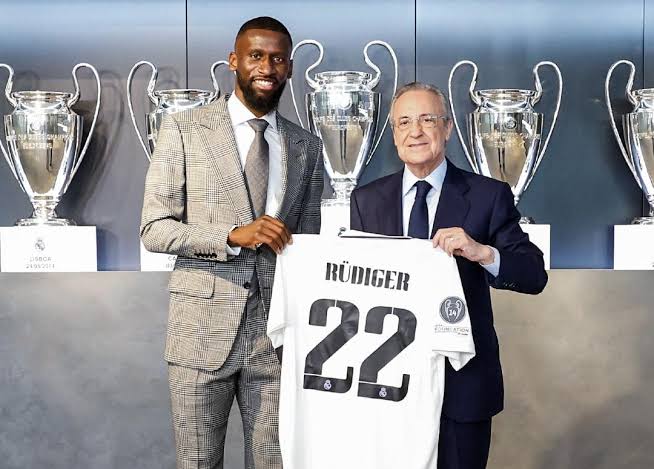 According to El Nacional, Perez is considering a move for Villareal’s Pau Torres or Inter Milan’s Milan Skriniar as replacements for Rudiger.

Rudiger joined Real Madrid from Chelsea on a free transfer in the summer of 2020.

The 29-year-old has so far failed to live up to expectations at Real Madrid.

Rudiger has struggled to establish himself as a regular starter, and his displays have been heavily criticized by fans and pundits.

He has made only 22 appearances for Real Madrid since his arrival at the Santiago Bernabeu.

Ex-teammate To Join Ronaldo At Al-Nassr