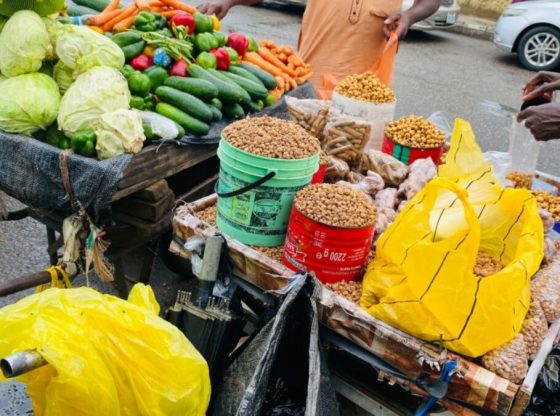 The Department of State Services (DSS) has reportedly opened an investigation into foreign exchange received and their subsequent allocation to customers by each deposit money bank in the country and the involvement of the Central Bank of Nigeria.

The investigation comes at a time when CBN Governor Godwin Emefiele is under the agency’s radar.

According to BusinessDay, the banks’ CEOs have been given a deadline of Wednesday, 18 January to provide detailed information about the privileged individuals and companies that have been given foreign exchange allocations since 2017.

Specifically, the CEOs are to provide a schedule of the Import & Export forex allocated to the individual banks from 2017 to date.

The said schedule should be broken down into the amount allocated to the bank, the name of the individual customer and/or beneficiary/beneficiaries and the basis/criteria for the allocation.

The banks’ CEOs must also say who authorised and who carried out the allocation whether it is the CBN and/or the deposit money bank itself.

Nigerian inflation surprisingly dropped to 21.34 percent in December 2022 despite the Christmas and New Year festivities from 21.47 percent in November, the first in 11 months.

According to the latest Consumer Price Index report released by the National Bureau of Statistics (NBS) on Monday, the rate drop was still a 5.72-point increase on the 15.63 percent recorded in December 2021.

Food inflation fell to 23.75 percent in the same month from 24.13 percent in November. Meanwhile, compared to the corresponding period of 2021, the rate increased by 6.38 points from 17.37 percent.

According to the NBS, the rise in food inflation was caused by increases in the prices of bread and cereals, oil and fat, potatoes, yam and other tubers, fish, and other food products.

Core inflation, which excludes the prices of volatile agricultural produce, stood at 18.49 percent.

The highest increases were recorded in the prices of gas, liquid fuel, passenger transport by air, vehicle spare parts, fuels and lubricants for personal transport equipment, and solid fuel.

Related Topics:CBNDssGodwin emefiele
Up Next