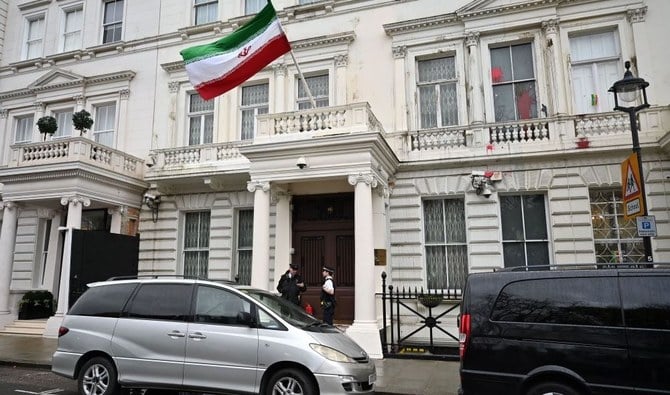 The United Kingdom has been urger to expel Iranian diplomats in response to the execution of a British-Iranian dual national.

This request was made by a relative of the deceased.

Alireza Akbari, a former Iranian deputy defense minister, was charged with spying for Britain before his death.

He said he had endured 3,500 hours of brutal torture before confessing to the charges, leading to his hanging on Saturday.

The 61-year-old served in the reformist administration of former President Mohammad Khatami between 1997 and 2005.

Akbari left Iran for the UK in 2008 after facing harassment by the country’s new hard-line regime led by Mahmoud Ahmadinejad. In 2009, Akbari was arrested while visiting Iran on charges of espionage.

His nephew Ramin Forghani told the Telegraph that his uncle’s execution “could not go unanswered” and that the UK’s minimum response should be the expulsion of Iranian diplomats. The British government urged Iran to abandon Akbari’s planned execution but to no avail.

“I’d just woken up when I saw the news. I don’t know what to say. It’s terrible. It’s shocking,” said Forghani.

“It wasn’t unexpected from this regime but I think we were all expecting them to change their minds like they did with Nazanin Zaghari-Ratcliffe, but it wasn’t to be.

“On the diplomatic front, considering that a Briton has been executed despite the calls for his release by Whitehall, the least response would be to expel the staff and recall the British (diplomats).

“I appreciate what the British government did but they’re dealing with an unsavory regime that has no regard for human life.

“I hope there will be consequences diplomatically from the British government and this does not remain unanswered.”

The UK government on Saturday said it was placing sanctions on Iran’s prosecutor general and temporarily recalling its Ambassador in Tehran Simon Shercliff. But British officials have yet to make a decision on the status of Iran’s diplomats in London.

Forghani denied the charges leveled against Akbari, saying his uncle was a “patriot” who “did all he could to help the country,” including playing a key role in bringing an end to the Iran-Iraq War.

“It would be (unthinkable) for him to try to do anything in any shape or form to jeopardize the country or the regime,” Forghani told Sky News.

“I can’t think of his character being somebody that would try to do anything against the country. That’s just not digestible.

“I do believe it is a political game. The regime does anything it can, unfortunately, to suppress the population, but also to distract the global perspective to what is happening to the people in the country.”

Forghani told the Telegraph: “Akbari was a good man who was devoted to his family. Brutal regimes do this to good people and unfortunately this was one of those cases.

“I have fond memories of him visiting us pretty much every Iranian New Year regardless of his work schedule. He was kind to me when I was growing up. I remember his smiles.

“As I got older, he could see that I was not a supporter of the regime but regardless of that, because we were family members, he was always kind to me.

“He was always smiling. He would always try to help anybody as much as he could, family or friends, and that’s the memory that I will continue to have of him.”

Related Topics:diplomatsIranUnited Kingdom
Up Next

UN Ready To Settle Israel,Palestinian Crisis As 40 nations wade in