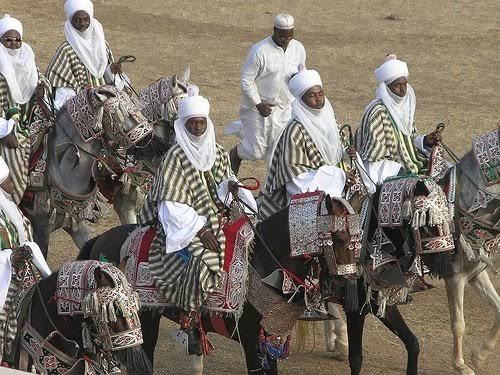 During the second half of the last millennium the Hausa founded Islamic empires which are recognized among the then wealthiest and culturally advanced in the world and greatly influenced Europe’s emergence from the dark ages. Their principal cultural centers are Katsina, Sokoto and Timbuktu.

The Hausa have a long tradition as traders dating from centuries ago when they controlled trans-Saharan trade with North Africa. Today they are primarily traders, pastoralists, and farmers, but it is for their well established equestrian culture that they are known today.

For centuries, horses have been an important part of their lives and feature prominently in their cultural festivities and celebrations adorned with colorful fabrics and bronze ornaments.

Their horses are predominantly of the Dongola-Barb breed from Dongola in Northern Sudan interbred with Arab horses and ridden by their acclaimed horsemen and women.

Life As A Youth

Six Most Powerful/Brave Tribes In Nigeria