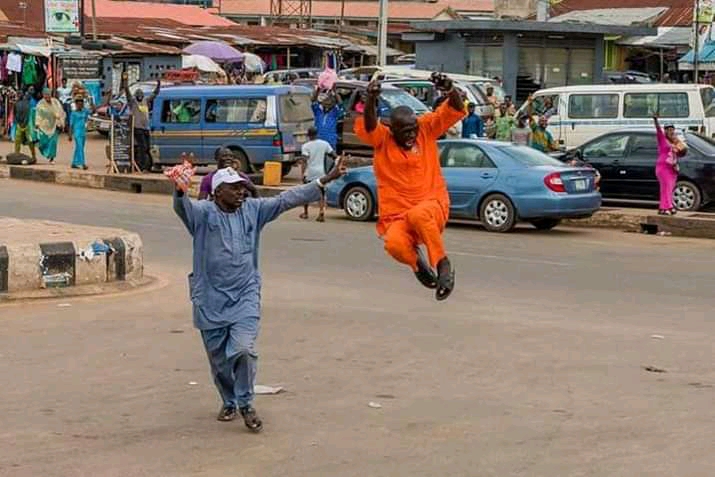 The once peaceful atmosphere that reigned in Osun State is fast fading away.

Osun has never had it so bad in the last 12 years and many residents wonder why the political class has failed to reconcile their differences.

On November 27, a new government was sworn-in. After 12 years in the opposition, the Peoples Democratic Party (PDP) through Ademola Adeleke came to power again.

The next day, violence was recorded in the majority of the motorparks in the State.

Despite a warning from the new governor for peace to be maintained, it was observed that it was not to be as members of the National Union of Road Transport Workers (NURTW) struggled for control of the parks from members that identified with the All Progressives Congress (APC).

The struggle for power had prevailed during the administration of Adegboyega Oyetola as it was known that political parties and successive administrations curried the support of these ‘notorious’ transport unions.

The State government and the Osun PDP has also alleged that the former governor, Adegboyega Oyetola and his party, the APC has been behind the resurgence of violence in some parts of the State, especially Osogbo and Ilesa.

They also alleged that a former Commissioner for Works in the State, Oluremi Omowaiye has been the brain behind disturbances in the Ilesa axis of the State in recent months.

Omowaiye, within the space of 30 days, was attacked twice with his supporters sustaining varying degrees of injuries within Ilesa town.

Meanwhile, the Osun APC, which lost the July 16, 2022, gubernatorial election, is finding it hard to adjust to the role of second fiddle.

Many residents have spoken out about the nuisance supporters of the two political parties are causing within Osun.

A senior police officer interviewed by this medium in the light of the attacks also supported the fact that both the Osun PDP and the APC are constituting nuisance to the society and disrupting the easy way that Osun people have been used to for years.

Adegboyega Oyetola, the former Osun State Governor had appointed three traditional rulers, Akinrun of Ikinrun, Aree of Iree and Owa of Igbajo before relinquishing power to Ademola of the Peoples Democratic Party (PDP).

Prior to this, these choices did not sit well with the locals in these communities and many of them started to shout blue murder.

Upon assuming office, Adeleke quickly through an Executive Order put a hold on their instalment and inaugurated a committee on Chieftaincy Affairs to look into the issues surrounding their appointments.

Political thugs have also been synonymous with politics in Nigeria and Osun State is not an exception.

Prior to the Osun gubernatorial election, the APC has been known to allegedly affiliate with two thugs namely: Rasheed Hammed, aka Okoilu and Kazeem Oyewale, aka Asiri Eniba.

Also, the PDP in Osun was known to allegedly fraternise with Olalekan Ajagungbade, aka Emir.

The two major political parties in the State have had cause to accuse one another of fraternising with thugs prior to the gubernatorial election.

Little wonder, on November 28, 2022, some pockets of violence broke out in some motorparks in the State.

This violence, which welcomed Governor Adeleke, caused the newest governor in the country to direct security operatives to maintain the status quo in all motorparks statewide. A life was lost as a result of the clashes..
Read Also: Supreme Court Dismisses Abacha Family’s Bid To Stop Fresh Probe

The political parties also pointed accusing fingers at each other.

The effect of the resurgence of violence has also impacted negatively on the residents.

Jamiu Babatunde, a businessman stated that the politicians are just trying to heat up the polity with their games.

He stated that there was no need for violence to pervade the political space because the sky is wide enough to contain all types of birds.

“Politicians want to rob the State of the peace we have been known to enjoy. Osun is known for its ‘Omoluabi’ ethos but due to politics, that value has been discarded to the dust bin.”

Olawumi Akinbamidele, a teacher, stated that both the system, the politicians, and the security outfits have failed the people.

“Since the emergence of this democratic dispensation, the peace that this State has been known for has gradually eroded it,” he said.

Rotimi Onigbinde, a retired headteacher, was of the opinion that politicians were just making things hot in order to have their way.

“You see, all the initial noise making is normal. They know what they are doing. It will soon cool down and things will come back to normal.

“My concern is the destruction and loss of lives as a result of the power play going on in their camps,” he added.