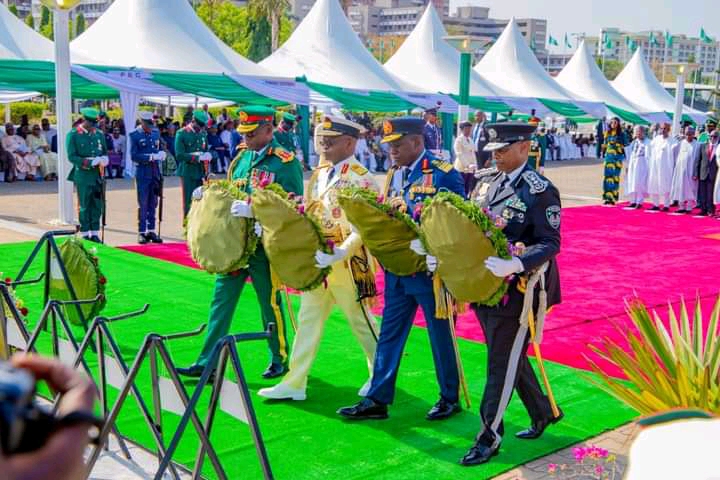 • Charges Nigerians to Sue for Peace

The Inspector-General of Police, IGP Usman Alkali Baba, has today, joined the President of the Federal Republic of Nigeria, Muhammadu Buhari, the Chief of Defence Staff, General Lucky Irabor, and other Service Chiefs to lay wreaths to mark the occasion of the 2023 Armed Forces Remembrance Day.

The occasion marked nationally at the National Arcade, Abuja and replicated at various locations in each state of the federation in remembrance of the sacrifices of officers and men of the Armed Forces to ensure the unity, peace and progress of the country.

Read Also: Pique Trolls Ex-partner Shakira After She Took A Dig At Him In Breakup Song 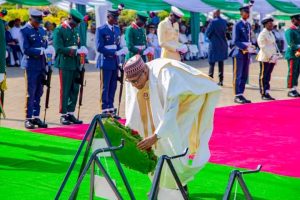 The Inspector-General of Police commiserates with families and loved ones of officers and men of the armed forces, the Police Force and other paramilitary agencies, who have paid the supreme price in the course of their service to the nation.

He similarly urges every citizen to put hands together to ensure that their sacrifices are not in vain, while we embark on drives that will continually promote peace and unity, peaceful coexistence and general safety of all and sundry in Nigeria.