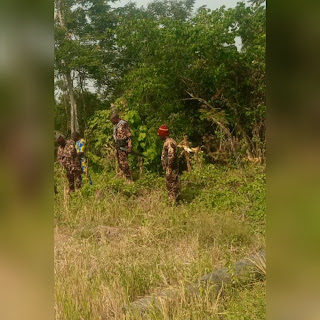 Blaze Newz learnt that Mrs Ojo was kidnapped on Friday by yet-to-be identified gunmen on Friday, at her residence located in Landero Street Technical College Area Osogbo and taken to an unknown destination.

The incident according to the source happened around 10:30 pm.

Read Also: Residents Worry As Peace Fades Away In Osun

Confirming the incident in Osogbo, on Sunday, the Amotekun Field Commander, Comrade Amitolu Shittu said the corps had began searching for the kidnapped victim.

According to Amitolu, Mrs Ojo was kidnapped at her residence located around Technical College Area, Osogbo around 10:30 pm on Friday, January 13th, 2023 by unknown gunmen.

Shittu further explained that he received a distress call at around 1:15 am midnight on Saturday from the victim’s husband Mr. Ojo Oluwasanmi Festus, a staff of NNPC Warri Depot on the disappearance of her wife, saying Amotekun operatives have swift into action immediately, in search of the victim.

He assured the inhabitants of the state that the kidnapped victim will be rescued and the criminals that perpetrated the act will be apprehended and brought to book.

Osun Amotekun Field Commander said they are intensifying efforts to rescue the kidnapped victim just as he said they will not retreat in search of the victim until they rescue her and get the perpetrators apprehended.