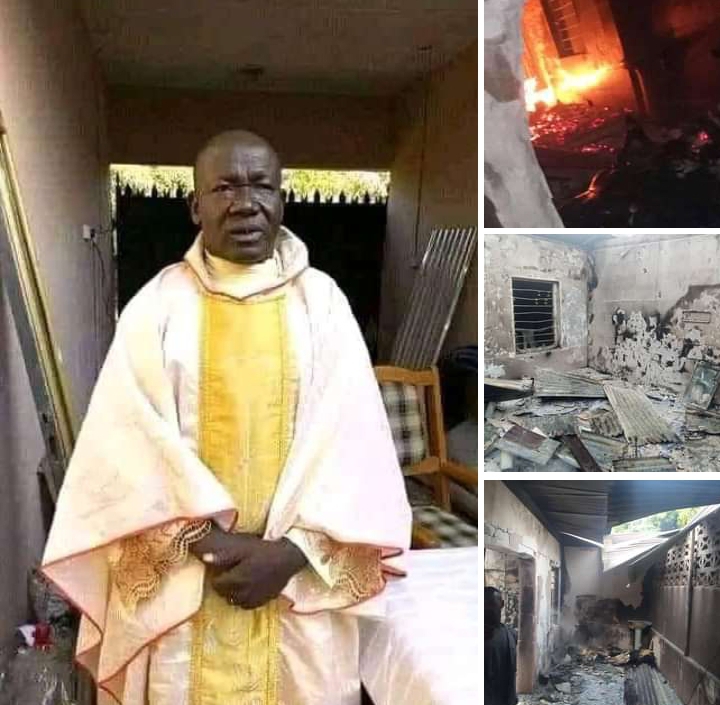 According to report the cleric was set ablaze at his residence in the early hours of Sunday morning in the area.

The Police command confirmed the development in a statement signed by the State Police Public Relations Officer, PRO, DSP Wasiu Abiodun in Minna.

The gunmen invaded the home of the Rev Father at about 3am on Sunday.

He stated, “unfortunately, the bandits reportedly attempted to gain entrance into the residence, but it seemed difficult; they set the house ablaze, while the said Rev. Father was burnt dead.

“A colleague of the Rev. Father identified as Father Collins was equally shot on the shoulder while trying to escape from the scene”.

However, Abiodun explained that Police tactical teams attached to Kaffin-Koro Div were immediately drafted to the scene, but the hoodlums had escaped before the arrival of the teams.

“The lifeless body of Father Isaac was recovered while Father Collins was rushed to the hospital for treatment,” he disclosed.

The command added that currently, a reinforcement team had been dispatched to the area and effort is ongoing to apprehend the assailants as investigation into the unfortunate attack had commenced.

Residents Worry As Peace Fades Away In Osun