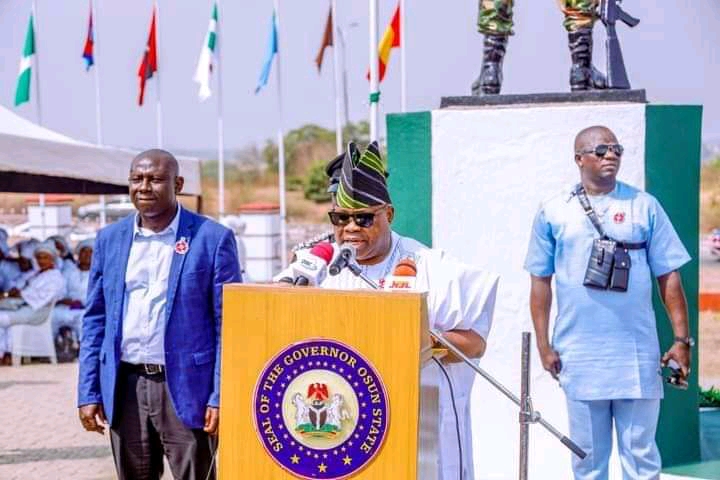 Speaking at the 2023 Armed Forces Remembrance Day, Adeleke who described the event as a solemn tribute to the dead and the living, noted that proper attention to welfare of service personnel is a guarantor for national security.

“We are celebrating men and women who pay the supreme price for the continous existence of our nation as an indivisible entity. We salute our heroes, the gallant servicemen whose blood were spilled for national defense. At the same time, we pay homage to our veterans, the living witnesses of patriotic service.

“Governments at all levels must ensure that our gratitude translate to improved service conditions for service personnel and unconditional care for the veterans and their families.

“I advocate a renewed focus on funding of the security sector alongside security sector reform. As a nation, we are faced with mounting security challenges at a time of national and global economic crises. 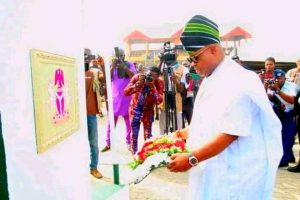 “National and state leaders must therefore brainstorm on how best to meet the financial needs of the security sector. Despite competing needs, a new national dialogue on sustainable funding for the Armed forces and other security services is necessary now more than ever before. 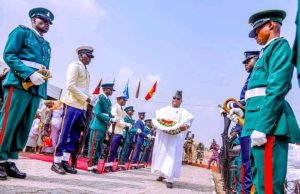 While assuring that his government will support the state chapter of the Nigerian Legion, Governor Adeleke repeated his assertion that security is not just a function of hardware but proper nurturing and caring for service personnel.

Speaking earlier, the Chairman of Nigerian Legion, Comrade Oladipo Abioye Peter thanked the State Government for its support over the years and notified the Governor that they will be forwarding the area of their needs for the attention of the State Government.

He added that the legion is also ready to continue to support the state government in maintaining law and order.

Dignitaries in attendance include the Deputy Governor, Prince Kola Adewusi, the Speaker of the House, Rt. Hon. Timothy Owoeye, Members of the House of Assembly, the Chief Justice, Justice Oyebola Adepele Ojo, the Secretarty to the State Government, Alhaji Teslim Igbalaye, the Chief of Staff, Alhaji Kazeem Akinleye, the Head of Service, Mr. Samuel Ayanleye Aina, traditional rulers, members of the legion and others.

Korede Was A Man – Rauf Aregbesola Pens Down Tribute