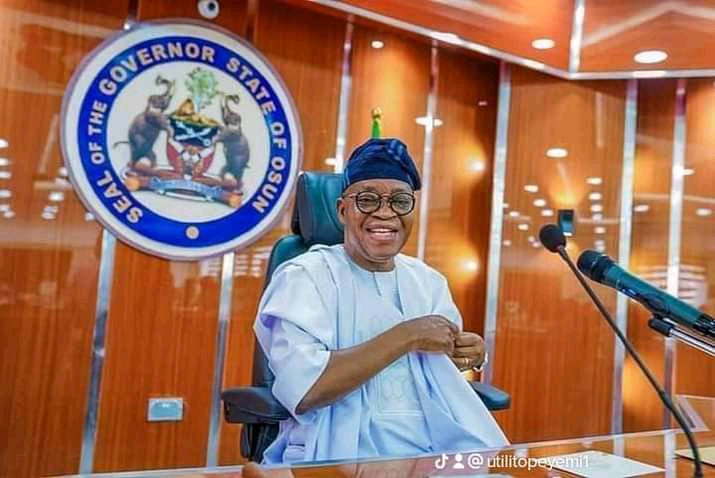 The enduring and life-changing policies of the immediate past Governor of Osun, Gboyega Oyetola, has continued to earn the State accolades across sectors most importantly in the area of health, as Federal Government announced Osun as the overall Best Performing State in the just concluded Immunization Vaccination Outbreak Response (OBR1) programme of December, 2022.

The feat, it was gathered is the after-effects of Oyetola’s intervention on Osun Public Health, intellectually designed to raise the bar of health sector in the State.

Recall that, upon the assumption of office in 2018, the administration of Governor Oyetola swung into action and embarked on the construction, rehabilitation and revitalisation of 332 Primary Healthcare Centres (PHCs), one each per ward, across the the State.

The actualisation of the initiative, which was largely achieved before the expiration of the first four years of Oyetola’s administration saw to the completion of over 320 PHCs in the State.

The Federal Government in its congratulatory letter, dated 11th January, 2023 and released by the National Primary Health Care Development Agency (NPHCDA), lauded the sterling performance of the State in the health sector.

The agency further attributed the emergence of Osun among the 36 States of the federation including Federal Capital Territory (FCT), to the scrutinizing selection process backed by empirical data.

Reacting to the development, Dr. Olujide appreciated the Federal Government for counting the state worthy of the award assuring that it would serve as a motivation to further put in their very best in raising the bar of Public Health Sector in the state.

Olujide who couldn’t hide her feeling over the accolade congratulated management and Staff of the agency for the giant feat just as she encouraged them not to relent in their efforts to sustain the tempo in their collective quest to reposition the health sector in the State.

“The reward for hard work is more work. Let us continue to remain committed to the cause of ensuring that all Osun people are protected against preventable diseases,

“On behalf of the Governor and good people of Osun State, I appreciate the support of all stakeholders in the State without whose collaboration this monumental achievement and award would have been impossible”, Olujide added.