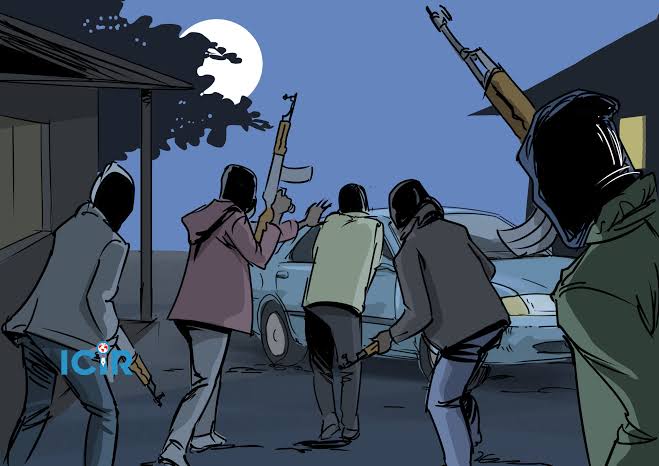 There was panic in Ilorin, Kwara State capital early hours of Friday over the rumoured abduction of an Ilorin-based Muslim Cleric, identified as Mohammadu Buhari Jamiu.

A video clip with the inscription of ‘Buhari Omo Musa in the background, now viral reportedly claimed he was abducted at his residence in Ilorin early hours of Friday.

Findings by DAILY POST, however, revealed that the real popular and prolific preacher, Buhari Omomusa is safe, hale and hearty contrary to speculation that he had been kidnapped.

The voice of the alleged abducted cleric’s wife could be heard in the background of the video clip which has gone viral requesting assistance to enable the family to pay the N5m ransom demanded by the unknown kidnappers.

Another male voice from the video clip gave the impression that the unknown kidnappers allegedly demanded N30m ransom but was scaled down to N5m after negotiations.

The kidnap incident threw fans of Buhari Omomusa into confusion as they expressed concern and prayed for his safe release from the abductors.

While some members of the public view the development as a case of mistaken identity resulting from identical names, others described it as a scam designed to swindle the public and government.

Reacting on the radio channel, Buhari Omomusa debunked the report saying he is safe and that no kidnap incident happened to him.

When contacted on phone on Friday, the spokesman of the state
Police Command, SP Okasanmi Ajayi, described the video clip as fake.

He said “The Alhaji Tunde Buhari that was kidnapped in Oluwalose Community in Oko-Olowo area of Ilorin, had been rescued and made public.

“Even the second victim kidnapped alongside Tunde Buhari has also been rescued,” he added.

The two rescued victims were reportedly abducted at the Oko-Olowo area of the Ilorin metropolis in the state capital recently.