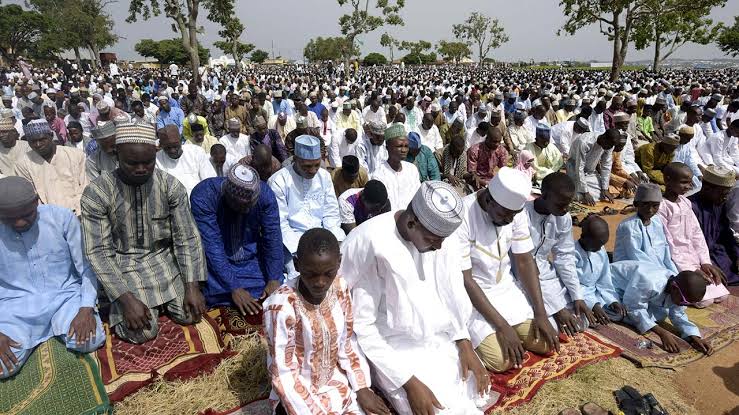 In the name of Allah, the Most Gracious and the Most Merciful

All praise is due to Allah, the Lord of all creation—may He extol the Messenger in the highest company of Angels and send His peace and blessings upon him—likewise upon his family, Companions, and true followers.

Dear brothers and sisters! All Muslims supplicate to Allah, pray and ask Him Almighty to guide them to the Straight Path, as Noble Qur’an tells us:

“Guide us along the Straight Path. The Path of those whom You have bestowed Your Grace. Not of those who earn Your anger, nor of those who go astray.” [Qur’an, 1:5-7]

When we examine these Qur’anic verses, we find that it has some very interesting qualities that make it a unique prayer. In a short examination of the above Qur’anic verses, especially the section we have highlighted, we will find guidance on:

1. Having humility as a servant of Allah Almighty in the community.

2. Ascribing success to Allah Almighty and not to oneself.

3. The comprehensiveness of Islam.

4. The social nature of the Islamic message.

As we explore the garden of Surah Fatihah, we will pick these four fruits for today.

1. Humility: In this prayer which Allah Almighty revealed to us, it is clear that we are to ask for guidance upon the Straight Path. However, the nature of this path, its location, its signs, its characteristics, and its direction are all left out. We are given no indication as to how to get there, how to find the map for it. Instead, the path is described in one single way:

“The Path of Those Whom You Have Favoured.”

It is interesting that rather than pointing to concepts or ideas for the individual to discover on one’s own, Allah Almighty pointed to people. He tells us that this path is found with those whom His favour is upon. What is the point of doing this?

It has immediately turned us into students. We are seeking this path and when Allah Almighty points to the people whom He has favoured, our minds become fixed on seeking out these people. Who are they? How can we be like them? How can we join their company? Rather than allowing us to feel arrogant that we are on the Straight Path, we have been directed towards others who may already be there. But again…who are they?

“All who obey Allah and the Messenger are in the company of those on whom is the Grace of Allah, – of the Prophets (who teach), the sincere (lovers of Truth), the witnesses (who testify), and the Righteous (who do good): Ah! what a beautiful fellowship!” [Qur’an, 4:69]

And here we have:

• How to join this company: Obey Allah and the Messenger (Peace be upon him).

• Who the company consists of: the Prophets, the Siddiqin (the truthful sincere servants of Allah), the Shuhadah (those who testify to the Truth with their speech, and if needed will defend the Truth and the innocent with their lives), and the Salihin (those who are righteous in actions).

Allah Almighty then praises this group by calling it a beautiful fellowship.

By naming these four groups of people in the Qur’an as those whom the Grace of Allah is upon, He has pointed us not to a set of concepts, but to a community and a set of examples. From the teachings of the Prophets we take knowledge and the framework of Truth for all that follows. From the Siddiqin we derive the lessons and examples of sincere worship. From the Shuhadah we see examples of those who act and struggle to testify to Truth. And from the Salihin we see examples of righteous actions. So the one aiming for the Straight Path should seek out these people, their company, their examples, and learn from what they have.

This teaches the servant that he should think himself self-reliant in his journey towards Allah’s grace, but should remember that there are those in the past, and those in the community that he can seek out and be in good company with.

2. Ascribing Success to Allah: In mentioning the Straight Path, Allah Almighty does not simply provide a list of actions. Rather, He makes it clear that He is the One acting.

This word means, “You bestow ni’imah (favour) upon” in reference to Allah. A subtle reminder that we are not the one’s who “earn” Allah’s grace, but that He gives it to us out of His mercy. Though we can attract his Mercy through sincerity, Allah Almighty is reminding us that it is not our deeds alone that bring guidance or forgiveness, but it is something that He bestows upon us as a Favour, a Ni’imah. This again reminds the servant to be humble before Allah Almighty.

3. The Comprehensiveness of Islam: Every group, sect, organisation, methodology, aqidah and ideology will have some method or idea which it sees as the primary driver of Islamic reform for the individual and the community. Some groups oriented around Tasawwuf (self-improvement) will focus on spiritual purification. Others focused around societal change will focus on activism in the community – both social and political. Other organisations will focus on righteous deeds and worship. Yet others will focus on knowledge.

However we see that when Allah Almighty describes the people who have His Grace, they represent ALL of these various interests and agendas. They are according to Qur’an, 4:69:

• Prophets (Nabiyyin/Anbiyah): The bearers of the Message of Allah, the deliverers of Knowledge from Allah to humanity, and the providers of the religious foundation for generation to come and all the groups that follow below.

• The Sincere and Truthful (Siddiqin): Those whose hearts are purified and are sincere in their reverence for Allah and in their actions amongst people. Truthfulness emanates not only in their speech but in their actions, because their intentions are pure and for Allah alone.

• Witnesses (Shuhadah): Those who actively strive to witness to the Truth under extraordinary circumstances, whether under threat of loss of life or wealth. They testify to Islam and call to goodness and benefit and may eventually find themselves giving all they have in order to defend innocent people and protect the lives of others.

• The Righteous (Salihin): Those who dedicate extraordinary amounts of time to the doing of good deeds. Prayer, fasting, giving charity, visiting the sick, helping the orphan, remembering the name of Allah (Zikr), reciting the Qur’an, and doing their utmost to have their limbs always in the worship of the Creator and in the service of His Creation.

Respected brothers and sisters! It is amazing that in describing the people of the Straight path, the Qur’an mentions all of the various goals and methods – the seeking of knowledge, the purification of the soul, activism, and the doing of good deeds. Yet another testament to the fact that Islam is comprehensive, and calls for balance in the various priorities on the Straight path.

4. The Social Nature of the Islamic Message: By highlighting a set of people, instead of a list of to-dos, the Qur’an has pointed us towards a religion that is not individualistic, but is based around being part of a community. It is asking us to seek out people from whom we can learn, and good company with whom we can be. As the Prophet (Peace be upon him) said:

“A person is upon the religion of his/her friends.”

The most intimate companions of a person will often affect his/her faith and will influence the direction of his/her life. But if we know that we should be seeking the knowledge and stay within the framework provided by the Prophet (Peace be upon him), strive to be with people who show purity and sincerity as best as we can notice, spend time in circles of activism and call to good things, and work hard to do righteous actions and be in groups that do righteous actions, the Qur’an is telling us that while in that company, we are on the Straight Path – In Shaa Allah.

Day and night come and go while most people live trapped in shallow purposes, distracted by material things from what lies behind them. Appearances blind them from seeing the great realities, forgetting that Allah has created them for a purpose, to live a life on earth for a limited period, assigned during it with certain duties, after which there shall be a grand meeting to ask them about every word they said and every deed they did. Allah Almighty said:

And amidst hordes of worldly distractions, and the running of each after their own worldly pursuit, arises the guiding voice of Prophet Muhammad (Peace be upon him) calling upon people, waking them from slumber, moving them from fear to trust, answering “from where and to where?”:

Teaching the high aim of their living:

Reminding them of what they have forgotten:

“Fear a Day when you will be returned to Allah. Then every soul will be compensated for what it earned, and they will not be wronged.” [Qur’an, 2: 281]

Warning against what they have been deceived by:

Telling them of the provisions they need for the meeting with their Lord:

And showing the shortest distance from where they are to where they belong: the Straight Path:

“And indeed, you (O Muhammad) invite them to a Straight Path. And verily, those who believe not in the hereafter are indeed deviating far astray from the Path.” [Qur’an, 23: 73-74]

And any curve or swerve in the line they are traveling will diverge them from the direct path:

“And verily, this is my Straight Path, so follow it, and follow not (other) paths, for they will separate you away from His Path.” [Qur’an, 6: 153]

From An-Nawwas Bin Sam’an, the Prophet (Peace be upon him) said:

With presence of purpose and the path of reaching it, triviality and absurdity are replaced with the true meanings of life:

The new awareness stills the mind and dissolves any worries, fears, or doubts. People are not created without a purpose:

They will not be left to go to waste:

And they will not travel the path alone:

“And when My servants ask you (O Muhammad) concerning Me – I am indeed near. I respond to the invocations of the supplicant when he calls upon Me (without any mediator or intercessor). So let them obey Me and believe in Me, that they may be led aright.” [Qur’an, 2: 186]

And all praise is due to Allah, the Lord of all creation; may Allah extol the mention of our noble Prophet Muhammad in the highest company of Angels, bless him and give him peace and security―and his family, his Companions and all those who follow him correctly and sincerely until the establishment of the Hour.

Murtadha Muhammad Gusau is the Chief Imam of Nagazi-Uvete Jumu’ah and the late Alhaji Abdur-Rahman Okene’s Mosques, Okene, Kogi State, Nigeria. He can be reached via: gusauimam@gmail.com or +2348038289761.

Six Most Powerful/Brave Tribes In Nigeria