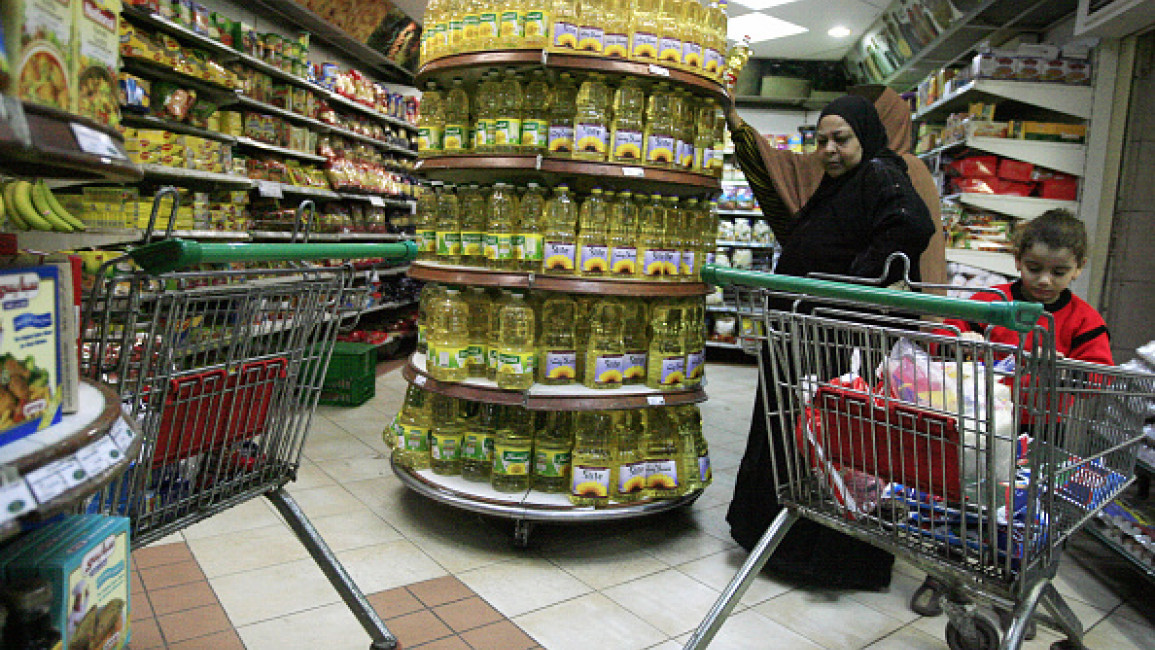 At a time when the Egyptian pound has been struggling against the US dollar, the prices of basic commodities, mostly imported, witnessed unprecedented hikes which put low and average-income households in a dire situation.

On Wednesday, the Egyptian pound weakened by more than 13%, reading a new low of below 32 Egyptian pounds against the US dollar. The US dollar jumped to as much as 29.7 pounds at the time of publishing.

In October last year, the Central Bank of Egypt implemented an exchange rate flexibility, allowing the pound’s value to be regulated by market forces in a bid to save an already ailing economy.

The New Arab interviewed a number of Egyptian citizens who talked about the impact of the new economic policies on their life.

The interviewees are anonymous as per their request due to sensitivities in discussing the topic openly.

One school teacher told TNA he spends a considerable part of his income every day on breakfast for the popular ‘fu’ul’ (cooked fava beans) sandwich or ‘falafel’ which costs eight Egyptian pounds at local restaurants (US$0.27). Unfortunately, there is no cheaper alternative.

“I earn 3,000 Egyptian pounds every month. I need at least three sandwiches to feel full in the morning, worth 24 Egyptian pounds for myself alone,” he said with a sigh.

Another factor leading to the price increase of fu’ul and falafel is the cooking oil, whose value hit 50 Egyptian pounds per litre.

A civil servant complained about the high price of eggs, a main source of protein for her children who are deprived of other types of animal protein due to their high prices.

“An egg is worth 3.5 pounds, seven times more expensive than the time of the 25 January Revolution. I have four children. Each needs two. We cannot afford that,” she said.

The prices of other sources of plant protein such as lentils rose too to reach 50 pounds per kilo.

“During the time of [late ousted president Hosni] Mubarak, one kilo of meat was worth 40 pounds. Now one kilo of lentil during [president Abd Al Fattah Al] Sisi’s reign is more expensive,” a grocery store owner said to TNA.

Chicken and meat have become out of the poor’s league after the increasing costs. A kilo of meat ranges from 180 – 220 pounds, while a kilo of chicken is worth 68 pounds, witnessing daily increases.

“The poor can’t even afford to buy chicken wings as they used to before. The price of unnecessary chicken parts has doubled in less than a month to 40 pounds/kilo,” a poulterer told TNA.

Of Egypt’s population of around 104,000,000 residents, one-third are estimated to be under the poverty line.

A strategic commodity that no Egyptian can live without is bread. The value of a loaf of Egyptian flatbread varies from one neighbourhood to another ranging from one Egyptian pound to two, while the size has diminished in recent weeks.

Bread is the most popular source of carbohydrates for Egyptians followed by rice whose price reached 22 Egyptian pounds in local markets.

Rice can no longer be a replacement for bread. Even though the government had fixed the price of white rice in recent months to 15 Egyptian pounds per kilo, the decision made nothing but caused a crisis in the market.

Read Also: Why Flights Operation Stopped In US

Most recently, unknown rice brands are sold in the market at 22 Egyptian pounds per kilo amid an absence of government monitoring.

Egypt is a country that depends on importation. As a result, the prices of most consumer goods got higher as people’s income is still the same depending on a devalued currency.

Egypt is also the world’s largest wheat importer, most of which came from Russia and Ukraine. The country’s supply is subject to price changes in the international market.

The Egyptian economy has been hit hard by the Covid-19 pandemic and the recent Ukrainian-Russian war, events that also disrupted global markets and hiked oil and food prices worldwide

Why Flights Operation Stopped In US