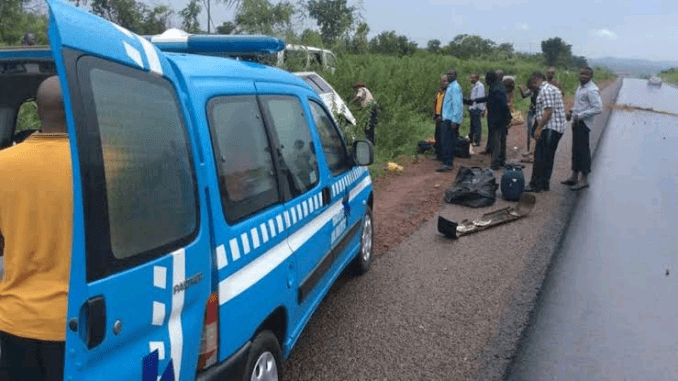 The Osun Sector Commander, Mr Paul Okpe, disclosed this in a statement by the command’s spokesperson, Mrs Agnes Ogungbemi, on Friday in Osogbo.

” We received a distress call at about 11:13 a.m of an accident that occurred on Ilesa – Ipetu highway.

” The accident was severe but we have been able to clear all gridlock to avoid any inconvenience.

He said that 12 males and five female adults were invovled in the crash, leading to three injured victims .

” Two male adults and one female got injured and were taken to Wesley Guild Hospital in Ilesa for further treatment .

” The accident happened due to wrongful overtaking and heavy speeding,” Okpe said.

According to him, the command will not hesitate to punish any road traffic violator that goes against the road traffic regulations.