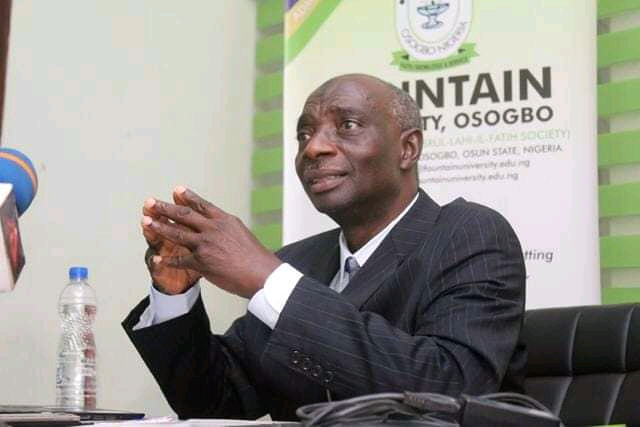 The Vice Chancellor of the Fountain University,Osogbo, Professor Sanni has called on management of Nigerian universities to make d@rug testing mandatory on their students.

Professor Amidu Olalekan Sanni made this call during a press briefing with journalists on Monday at the University’s senate building as part of preparation for the institution’s 12th convocation ceremony.

Professor Sanni who stressed that many students who take drug also use detoxifier to prevent them from being detected during test urged university managements to carry out the dr@ug test unannounced.

“D@rug test is standard here (Fountain University) every semester, twice a year, the parents pay for this to ensure that they mute to that kind of thing.

He further advised all universities to create data record where they can have a list of students who have had problem with either cultism or drug because of the tendency for them to move from one university to another.

Also, speaking on Fountain University’s 12th convocation, Professor Sanni disclosed that a total of 240 graduating students will be conferred with their first degree in various disciplines and 19 at the Postgraduate level, precisely Master’s Degree.